I've never done too well with failure. I once got reprimanded at work because, having failed a promotion board I went about destroying the office I worked in, computer, filing cabinet, the lot. The first person that walked in told me it looked like a fight had kicked off in a Wild West bar!

So it was a nervous reply when I phoned my wife after running 43 miles and told her I was done running and couldn't face the last 19 miles. 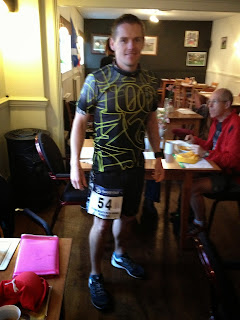 Look back 9 hours and I'm stood in  pub surrounded by the usual mixed bag of runners that turn up at ultra marathons. From hardcore trail runners to veteran runners, young, old, nervous, excited, all sorts of people met at the pub on the inaugural running of this great race. I'd started early and travelled up with my ever dependable crew (my Dad). I'd gone with early porridge and given myself a few hours to get race ready so we arrived early. After a coffee Conrad turned up, who a week before I'd run around central London with through the night (like you do). After a pre race briefing we crossed the road to toe the start line, with the mayor of Newmarket starting us.

My strategy and plans for this event had changed so many times in the preceding weeks that I didn't really know what I was doing, but I was positive that I could run the distance. I'd done the work, I'd eaten properly, this was to be my day, my pinnacle. My first 100.

The race was split by check points, the first cam after 12 miles. CP1 was well stocked with food and drink and having been on lush green single track trails for a couple of hours, I was ready to eat. But I was excited to be running and already a fifth of the way through the race, and I headed out without taking on nearly enough supplies. I barely spoke to my Dad, and with a cursory chat and a wave I was gone. 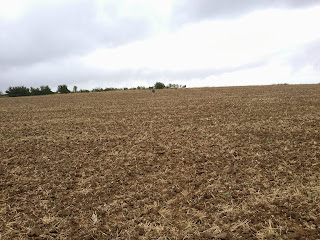 5 miles later, the terrain and my mood had changed considerably. My pace was where it should be and my legs felt fine, but my energy levels had plummeted and the ploughed fields of Suffolk had slowed us all considerably. It was the mood that got to me though, sudden doubts of abilities and strategy haunted me and I ran the rest of this 11 mile section with doubts of finishing.

Mile 23 brought me to CP2, a proper smorgasbord of food and a good chat with my Dad. I reflected on the first two stages, took on some proper (maybe too much) food and left in a positive mood, ready to run and ready to race. Somewhere along the way at about mile 28 I started checking my watch and became very aware that a lot of runners were passing me, or at least it seemed that way.

Knowing I had a further 5 miles to go, I thought of how far I'd come and where I was really struggling. I knew I had the pace to finish and I knew I had the strength, what seemed to be lacking was the attitude. I looked around me and started soaking energy from the trails and the world around me. I looked for nice sights and tried to smile and for a while it worked. 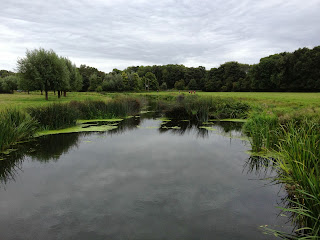 Approaching sights like the one above I'd certainly started feeling better and was once again able to enjoy my surroundings, I'd even started gaining on the pack of runners in front of me. I started tweeting to take my mind off the challenge, I recall tweeting that having decided to stop I was going to carry on and I received a flood of positive messages from people. I was energised and had people behind me. I thought of these people and I thought of my family, at home and thinking about me. I thought of my Dad waiting at the aid stations, giving no pressure and just willing me on. I cruised into CP3 having made ground up and with a positive frame of mind to carry on. I ate, I drank, I talked with my Dad and the CP crew and I knew I was going to finish this race. 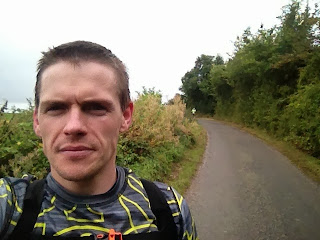 ﻿
The distance to CP4 was 9 miles, at last into single figures and I was back to my old self. Absorbed in the trails, enjoying the company and banter of others and loving the experience. I knew I was going slower than I'd like. Whether it was energy levels, motivation, fitness or whatever, I don't know. These 9 passed without incident, other than meeting two of the nicest guys along the way. Neil and a guy who runs a bootcamp company (I don't know his name but his company dragged me through 4-5 tough miles). I stopped a mile short of CP4, sending bootcamp guy on by himself. I'd picked up some crud in my socks and there was a bench. I wanted to run into the CP strong so I stopped for a minute. The last mile downhill brought me into a village and my Dad stood by the road cheering me on. Moments like this, I'm not afraid to say, I get a lump in my throat. Running a long way is tough work and knowing there is someone waiting for you helps a lot. We spoke, we hugged, I ate, I drank, I ate some more, I drank even more.

And in that moment I became aware of what I'd achieved. I'd run further than ever before and wasn't injured. I felt surprisingly good, few niggles but nothing to end my day. The next CP was 8 miles away, then then two 6 mile stages and I was done. I was trying to focus on 8-6-6 rather than 20 when I left the checkpoint, smiling.

A mile later I'd fallen apart. My knee had started aching with every footfall, I'd started walking and was losing ground. My stupid brain started running maths and I realised I'd struggle to finish in the time limit unless I ran, and that wasn't an option. After a mile of farm tracks I went into a village and crossed the border to Essex. A new county and the final 19 miles.

Then I ran into a wall (metaphorically, obviously). I sat by the road and weighed up my options. All of the miles run and all of the miles to go. The support of friends and family and the pressure I'd put on myself to finish.

One resounding thought was clear through the fog in my brain. "I don't want to run any more today".

And so it was, I phoned my wife and told her.

Other runners went past me and checked on me, I wished them all luck and waited for my lift home. My Dad arrived and we started the long drive home.

This was the first race that I didn't finish and I'd be lying if I said I'm ok with it. I'm competitive and I like to run, but it wasn't my day and if I'd carried on I'd have ended up injured or disappointed that I was outside the time limits.

I learnt so much, and discovered a load of questions as well on the day. Finding the answers to them will be my goal as I prepare for a busy few months of racing. I'm a stronger person for having started and I ran further than ever before.

So my first hundred was a DNF, Did Not Finish. But I'm adamant that I didn't fail either.

Thank you for reading this, if you tweeted on the day, thank you, the messages of support pushed me on through several very tough points in a big day. I'm grateful for all of them. 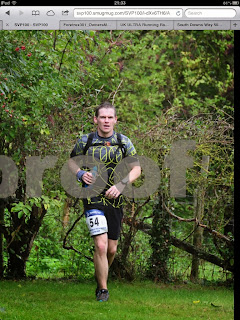 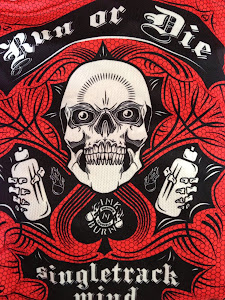 use the code dantold me at the checkout to receive a 15% discount!!!